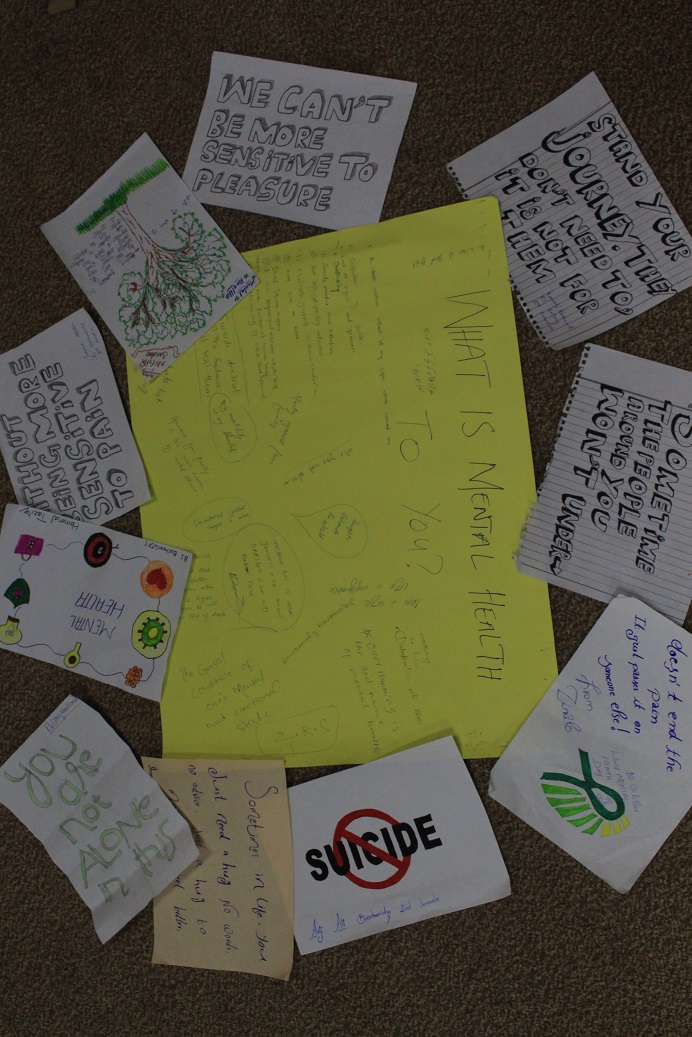 In his opening remarks varsity’s VC said that we should be united to expedite the efforts to raise awareness and mobilize people around the world about mental health and every individual should play its role to prevent suicidal behaviors.

He said that it was an undeniable fact that suicidal behavior exist throughout human history but that was the matter of great concern that it has been increased gradually in all parts of the world. He insisted for taking concrete measures to eradicate this social evil.

He appreciated the efforts of Department of Natural and Basic Science for involving the University of Turbat in such healthy activities to give awareness to the students as well as general public regarding prevention of suicidal behavior.

The prominent Psychiatrist from Balochistan Dr. Ilyas Baloch delivered a lecture through video link on causes and preventive measures of suicide.

While speaking at the occasion he said the World Mental Health Day was firstly celebrated in 1992 with no theme, and the first theme "Improving the Quality of Mental Health Services throughout World” was introduced in 1994.

He said “According to the health body, after every 40 seconds, someone loses his life to suicide, and suicide is the principal cause of death among people 15 to 29 years old.”

He said Suicides was preventable, efforts can be done to prevent suicide at individual, community and national levels.

While speaking at the occasion through video link Dr. Taj Baloch senior psychiatrist highlighted various preventive measures to avert suicidal behaviors. He thanked VC UoT Prof Dr. Abdul Razzaq Sabir, Chairman Natural and Basic Department Dr. Haneef Ur Rehman and CEO/Founder of Udaan Granaz Baloch for organizing such dynamic activities in University of Turbat and giving an opportunity to the civil society of Turbat to be involved in such fruitful activities organized by university of Turbat.

While disclosing the aims of the event Dean Faculty of Science and Engineering/Chairman Department of Natural and Basic Science Dr. Haneef Ur Rehman said besides promoting higher education in the region the University of Turbat was also committed to fulfill its social responsibilities by organizing such event to create awareness among the people about mental health issues and accelerate the efforts in support of mental health.

At the end he thanked Vice Chancellor, university’s faculty members and students, guest speaker Dr. Taj Baloch, Dr. Ilyas Baloch, and other participants for their presence in the events.